New research to improve care for people with dementia 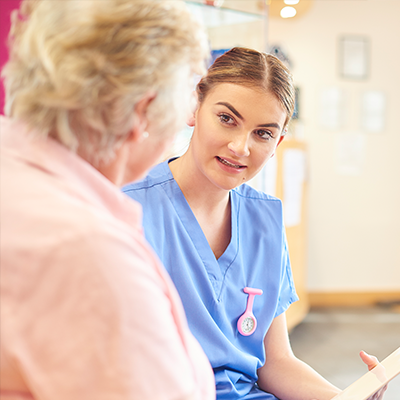 A new trial is underway at Royal Brisbane and Women’s Hospital that aims to reduce the stress and trauma faced by people with dementia and their carers when presenting at emergency departments.

Royal Brisbane and Women’s Hospital (RBWH) and QUT Nurse Researcher Dr James Hughes is exploring if providing therapeutic activity kits to people with dementia could reduce the use of psychoactive medication, sedation and physical restraints in emergency departments.

“People with dementia and cognitive impairment are almost twice as likely to present to emergency departments compared with the general population,” Dr Hughes said.

“For people with dementia, a sudden change in the environment, such as a busy hospital waiting area, coupled with their immediate medical problem, can quickly cause disorientation and behaviours such as wandering, agitation and aggression.”

He said approximately a third of all patients aged over 70 who arrived at emergency departments had a cognitive impairment, the majority of these being dementia related.

“We plan to recruit 112 patients on presentation to RBWH Emergency and Trauma Centre that we identify as at risk of developing behaviours that can complicate and delay treatment.”

Dr Hughes said these patients would then be provided with activity kits to explore the role of this simple intervention in preventing agitated and aggressive behaviours.

“If we can prevent the unwanted behaviours, we can avoid resorting to measures, such as psychoactive medication, sedation, physical restraint or one-on-one nursing care.”

As well as puzzles, doodling pads and a colouring pack, the kits contain reminiscence cards, playing cards, towels to fold and a music player.

Dr Hughes and his seven-member team, comprising nurses, doctors and academics, would look at the behaviour, care and treatment times of people with dementia who are given the kits and compare them with those who are left to their own devices.

The research is funded through the Rosemary Bryant Foundation in partnership with HESTA.

“It is particularly challenging to secure funding for nursing-focused research, so we are really grateful to HESTA and the Rosemary Bryant Foundation for enabling this research to happen,” Dr Hughes said.

HESTA CEO, Debby Blakey said this partnership was an example of the super fund’s commitment to supporting initiatives that benefits their members who work in the health and community services sector and the wider community.

“This research has the potential to positively impact a significant number of Australians living with dementia as well as the people who care for them, many of which are HESTA members,” Ms Blakey said.

“By supporting this project, we want to make a real difference while also having a long-term impact on the world in which our members work and live.”

Chair of the Rosemary Bryant Foundation and a renowned Australian champion of the nursing profession Dr Rosemary Bryant AO said the benefits of nurse/midwife-led research were wide-reaching.

“The fact this project was conceived and developed by nurses means that it is relevant and has the potential to benefit almost everyone relying on our health system,” Dr Bryant said.

“We are proud to be partnering with HESTA to enable this research which has the potential to improve clinical practice and health outcomes in a very cost-effective way.”

If the trial is successful, the kits could be a permanent fixture in hospital emergency departments in years to come.

“Many of the interventions can be implemented in any setting quite swiftly, which could make a big difference to the care being provided to Australians affected by dementia,” Dr Hughes said.

The results of the study are expected to be available from August 2020.

HESTA is an industry superannuation fund dedicated to those working in the Health and Community Services Sector. HESTA has over 840,000 members and manages more than $50 billion of members’ assets. Please note: HESTA is an acronym and should be capitalised.